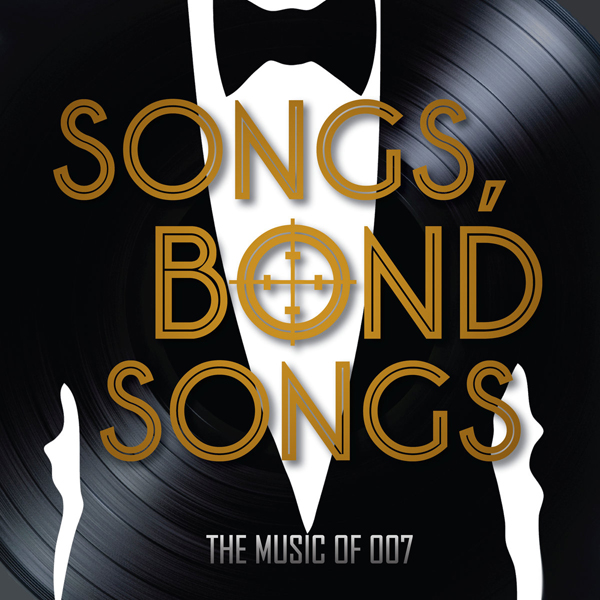 I love James Bond and I love indie-pop, so when I was sent a copy of the new compilation album Songs, Bond Songs – a 26-track collection of Bond songs covered by contemporary US indie-pop acts, I had a licence to be thrilled…

The brainchild of criminal mastermind and executive producer, Andrew Curry, it’s an exciting journey into the world of soundtrack songs from both official and unofficial 007 films.

Things get off to an explosive start with Lannie Flowers’ rip-roaring, ’60s-style garage rock-style version of the James Bond Theme; there’s an outrageous pop-punk take on Thunderball by Jaret Reddick; a gorgeous acoustic rendition of For Your Eyes Only by Freedy Johnston that’s better than Sheena Easton’s version; a funky, yacht rock Never Say Never Again by Minky Starshine and a cool, loungey The World Is Not Enough by Fountains of Wayne side-project Look Park.

How did the project come about? Why did you decide to put together a Bond songs tribute album?

Andrew Curry: I had done two compilations prior to Songs, Bond Songs. The first one – Drink A Toast To Innocence: A Tribute To Lite Rock – paid tribute to the soft hits that were so prominent on America’s AM radio stations in the late ‘70s.

The second – Here Comes The Reign Again: The Second British Invasion – focused on the early years of MTV, specifically the British bands that came to dominate the American charts for the first few years of the ‘80s.

For this compilation, I wanted to expand things a bit. Rather than focus on a brief period of pop music history, I thought it would be interesting to see if I could find a concept that could cover a much wider time period. And so Bond music seemed to fit the bill perfectly. I can look at five or six decades of music rather than five or six years.

Are you a huge Bond fan? Which are your favourite Bond films and songs? And which are you least favourites?

AC: I am a Bond fan, though perhaps not quite as enthusiastic about it as I was in my youth. I grew up with Roger Moore as my Bond, and while I know it’s far cooler to choose the movies of Connery or Craig as one’s favourites, I’ve always had a soft spot for the Moore era. Not to mention that I think the songs from the Moore years are, as a group, the best of the franchise.

So while I’ll concede that some of Moore’s films haven’t aged well, I’ll sit down and watch Moonraker or For Your Eyes Only any time they come on. But as it happens, my least favourite Bond film also stars Roger Moore. In A View To A Kill, he just seems so completely disinterested.

As for the music, I’ve been so inundated with it while working on this project that I’m not sure I can pick favourites anymore. But as I said, the Moore years were formative for me, so songs like Live and Let Die, Nobody Does It Better, and For Your Eyes Only were biggies for me growing up. Of the more recent songs, I think Adele did a nice job recalling the Shirley Bassey era with Skyfall. My least favourites? Well, the less said about Madonna’s Die Another Day, the better.

‘My least favourite Bond song? Well, the less said about Madonna’s Die Another Day, the better’

How did you choose which acts to work with and how did you get them involved?

AC: As with my previous projects, I made a list of musicians I wanted to work with, and went about contacting them. Social media makes things far easier than it might have been a decade or so ago.

As for the song assignments, I went to some musicians with definite ideas for which track I wanted them to do.

My wife insisted to me that Freedy Johnston had to do For Your Eyes Only. I loved the idea of hearing Jaret Reddick take a stab at Tom Jones. Having Lisa Mychols do a Lulu song seemed too perfect to pass up. But for the most part, once the musicians had signed on, I’d give them a list of available songs, and let them choose the ones they wanted. People who chose early got a far longer list of songs to choose from!

Do you have a favourite song on the album?

AC: I know I’ll sound dodgy saying this, but I really do like all the songs on the record. But I will say that there were songs that I wondered about when the assignments were being carried out.

Could someone take a song that I didn’t have much use for and turn it into something interesting? And I’m delighted to say that the answer is a resounding yes. A few examples (among many) –  the original Moonraker is the least of Shirley Bassey’s three Bond songs, but Gary Frenay has turned it into a terrific Travelling Wilburys-esque number, complete with Orbison-styled vocals.

I’ve already mentioned that Die Another Day, with its lame overuse of Auto-Tune, is my least favourite Bond song, but in the hands of Big-Box Store (aka Joe Seiders of The New Pornographers), it’s terrific.

Some of the acts have been pretty faithful to the original versions, but there are also some very different interpretations, aren’t there? It’s a very varied album….

AC: It is, and that’s always what I strive for. People ask how much input I have in the direction a musician takes with a song. I’m always emphatic that once musicians sign on, how they approach their songs is entirely up to them. And almost without fail, that has meant that I’ll get a handful of songs that stick closely to the original and another handful that completely re-invent the source material.

I prefer the Freedy Johnston acoustic version of For Your Eyes Only and Zach Jones’ dramatic take on All Time High to the original versions by Sheena Easton and Rita Coolidge. Do you agree? I think they’ve managed to reinvent some dull, MOR ballads into something that’s much more interesting…

AC: I really love those two versions. And you’re right about the originals. They were released at a time when softer ballads were more in fashion. Freedy’s For Your Eyes Only is stripped-down, just an acoustic guitar and his vocals, and the world-weary way he approaches the song just works. It sounds like a track that would fit comfortably on some of Freedy’s early records. Zach went in a different direction than Freedy, in that his version has a full band. He hasn’t really altered the melody all that much, but he’s given it a soulful quality that Rita Coolidge’s original version couldn’t possibly approach.

I think that in recent years, the quality of Bond songwriting has gone downhill. As the films have improved, the theme songs have got worse. Would you agree?

AC: I think some of the recent songs are decent. I already mentioned Adele’s Skyfall as one example. I always thought of that song as a conscious effort to return to the lush, orchestral Bond songs of the Connery years.

I will say that I was pretty surprised that Sam Smith’s Writing’s On The Wall from Spectre actually won an Oscar. But I’ll also concede that nostalgia will always play a role in which tracks are my favourites. So it’s unlikely that any of the newer ones will ever hold the same place in my mind as, say, Live and Let Die. But if my kids decide to make the follow up to this record 30 years from now, they might just say, “You know, these new songs can’t hold a candle to Sam Smith.”

Any plans to do a live show with some of the acts doing the Bond songs?

AC: It’s a far-flung group, so there are no plans at the moment. It would be terrific fun, though. 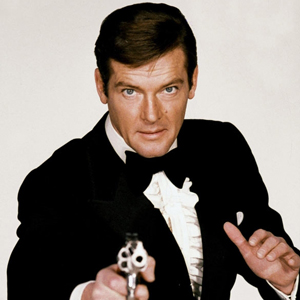 With the recent death of Roger Moore, it’s rather timely – and poignant – to be talking about Bond….

AC: Moore was always my Bond, and he’s who I always think of when I picture the character. He added a bit of camp to the part, which I know some people can’t stand, but which I always appreciated. The opening helicopter sequence in For Your Eyes Only has always been a favourite. It’s silly and over the top, but also completely entertaining. Just like Roger Moore.

Which contemporary artist – UK or US – do you think should write and record the next official Bond song?

AC: This is always a fun game to play. I have a dear friend who is a bigger Bond fan than I am – he even designed the album art.

As I started putting this together, we talked about all the musicians we were surprised never did a Bond song. Sade seems like she was built in a lab with the express purpose of recording a James Bond theme song. Seal had to have written Kiss From A Rose with hopes that it would be in a Bond film, don’t you think? It’s all I hear when I listen to that song.

‘Does Harry Styles have the gravitas to pull off a Bond song? Doubtful’

As for contemporary musicians, I’m pretty ignorant of the most popular acts these days, but I hope they’ll stay away from guys like Ed Sheeran. Does Harry Styles have the gravitas to pull it off? Doubtful. It’s a shame we’ll never hear what Amy Winehouse might have done with a Bond song. Good or bad, it probably would have been pretty interesting.

Any plans for another project?

AC: I’m in the very early stages of planning for the next one. It’s merely a concept at the moment. I can’t reveal it here just yet, but I will say that it won’t be nearly as many songs as my previous compilations, each of which had more than two dozen songs. A nice album of 10-12 tracks sounds like heaven right about now.