Lucky Soul’s second album A Coming of Age is aptly named, as it’s the
sound of a band growing up, maturing and developing, finding their
feet and standing proud, ready to take on the world.

Sure, the elements which made their 2007 debut The Great Unwanted such
a joy are still very much in place- ’60s girl pop, meets St Etienne,
Stax and Motown – but this time around, songwriter Andrew Laidlaw has
widened his influences and plundered the history of popular music to
create an album that recreates the experience of rooting through – and
listening to – the best record collection in the world ever. I’d love
to nip round his house and check out his CDs and LPs.

So, we’ve got glam-disco, gospel, Southern fried
soul, country-rock, cinematic orchestrations and Smiths-style
melancholy on the menu. There are nods to Blondie, Dexys Midnight
Runners, Carole King, Neil Young, Bobbie Gentry and Glen Campbell,
among others.

Rampant opener Woah Billy! is swathed in sultry Philadelphia strings,
Could It Be I Don’t Belong Anywhere (just how Morrissey is that
title?) sounds like Cilla Black’s Anyone Who Had A Heart reworked as a
big soul ballad but via Strangeways Here We Come and Upon Hilly
Fields is a lovely pastoral piece with an After The Goldrush feel.

The opening salvo of Woah! Billy, White Russian Doll and Up In Flames
makes for a powerful three-pronged attack – it’s like listening to a
‘Best of ’60s Soul’ Greatest Hits album; hook-laden killer tracks that
grab you by the throat and demand you shake, shake, shimmy as if your
life depended on it.

Laidlaw has also explored the darker side of life (a dark night of the
Lucky Soul, anyone?) with A Coming Of Age – especially on the title track –
all moody James Bond strings, but with a spiky Johnny
Marr-ish guitar riff. There’s a pervading sense of heartache to
many of the songs – Warm Water and Southern Melancholy are two of the
saddest, yet most swoonsome, tunes I’ve heard in a long time.

If there’s a better pop album than A Coming of Age released this year,
then I’ll eat my (porkpie) hat. 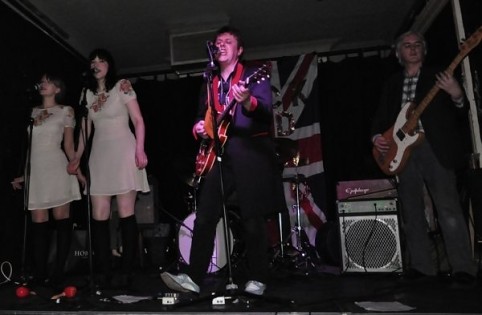 Rock and roll has returned to West Hampstead!

This pleasant part of London has always played its part in musical
history, from The Beatles and Billy Fury at Decca studios,
to Joy Division’s legendary gigs at the Moonlight Club.

Now eccentric musician, writer and all round good egg John Moore
(Black Box Recorder & former drummer with The Jesus and Mary Chain) is
taking his place alongside The Fab Four, Fury and Ian Curtis with his
latest musical venture – a rockabilly/retro band & club night – the
brilliantly named Greaser 2000.

In the dark and dingy surroundings of The Lower Ground Bar, on West
End Lane, The John Moore Rock and Roll Trio (also featuring former
Jesus And Mary Chain musicians Phil King and Loz Colbert) play cover
versions of rock and roll classics from the likes of Bo Diddley, Marc
Bolan and Eddie Cochran. (The John Moore Rock and Roll Trio’s debut
album Roll Your Activator Volume 1 is out now). The fun doesn’t end
there – before and after the band, disc jockeys spin popular discs
from bygone days.

I turned up my jeans, greased up my quiff and headed down there last
night and I must say I had a great time. I even ended up doing rock
and roll dancing with a lovely couple from Leeds who were on their
holidays – yep, it’s that kind of night.

Greaser 2000 takes place at Lower Ground Bar, West Hampstead – every
fortnight (the first one was April 15). 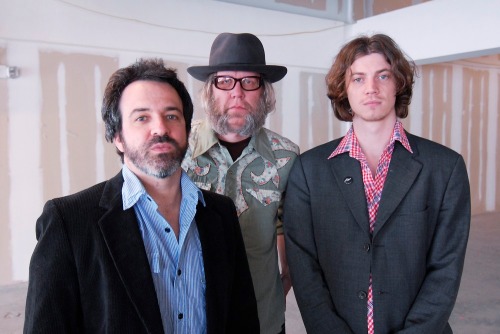 Goodbye, Killer, the first Joe Pernice band album since 2006’s Live a Little  is the sound of a man at the height of his powers.

Essentially, it’s everything I love about The Pernice Brothers, but with a little bit more.

Sure, there’s the usual crunchy, yet intelligent, indie alt rock (Bechamel and Jacqueline Sussan), melancholy moments that recall The Smiths  – Pernice wrote a book on his love for Meat Is Murder – and polished AM radio pop with a dark undercurrent (the title track and The Loving Kind), but this time around we also get a kooky, honky-tonk-meets-country show tune – We Love The Stage – and, generally, a raw, rough-hewn, rootsy, Americana feel to many of the songs. This may be due to the fact that it was recorded in an attic in  Boston.

We Love The Stage is one of the obvious highlights – a paean to being a rock and roll band on the road, it’s distinctly more Morrissey than Motley Crue (“We opened up for some Welsh singer who in the ’80s was the rage, ‘cos love is love and we love the stage.”) and it even  features a trombone-led knees-up. File it alongside other great songs about being in a band or being a performer –  Mott The Hoople’s  Saturday Gigs, Matt Monro’s If I Never Sing Another Song and Gene Pitney’s Back Stage spring to mind.

Joe has spent years honing his craft, so much so that this record  includes some of his best lyrics yet .

The Loving Kind is a classic Pernice breakup song  – it’s easily up there with Costello’s finest.

Or how the achingly beautiful Something For You? “If you love me like a bullet loves the sky – like a perfect shade of colour loves the eye.”

If you prefer something less romantic, then there’s always The Great Depression: “You suck the life out of my family and friends.Even  when I go to sleep, the bitch is breathing.”

Speaking about the album, Joe says: “My brother Bob once said that he  started playing guitar when he was six, and 30 years later, still  played like a six year-old. How true, how true. He also engineers like  a six-year-old, which is seriously, a very, very good way to engineer.

“In my opinion, he did a great job capturing the sound of a band. And  all hyperbole aside, recording great musicians like James Walbourne  and Ric Menck doesn’t hurt. For Bob, recording someone like me  definitely hurt. I’m not the most relaxed guy alive. Apparently, and I  have no recollection of this, I  berated Bob at every turn, like he was a  red-headed step child.”

Goodbye, Killer is released on One Little Indian on June 14. 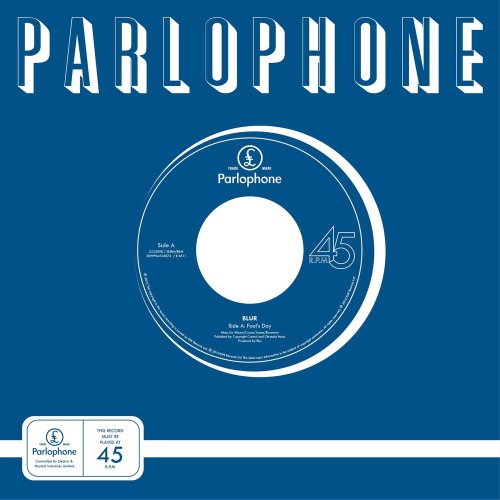 This is not a practical joke – Fool???s Day, a brand new song from Blur,
will be released on a limited edition one-sided 7 inch vinyl single on
April 17th, as part of Record Store Day.

It’s good to see that Blur have (new) music on their radar – sorry about that. Recorded in London earlier this month, Fool???s Day is the first song
the four founder members of Blur have recorded together since Battery
In Your Leg, from the 2003 album Think Tank. Fool???s Day will be available in the UK at independent music retailers
participating in Record Shop Day. 1000 copies have been pressed and
will be in independent record shops from this Saturday. “We want independent record stores to continue – they’re an important
part of our musical culture. Music is a simple way for Blur to show
our support and we hope people like it”, said Damon Albarn. The aim of Record Shop Day is to highlight the continuing contribution
of independent stores to music. More info at www.parlophone.co.uk/recordstoreday