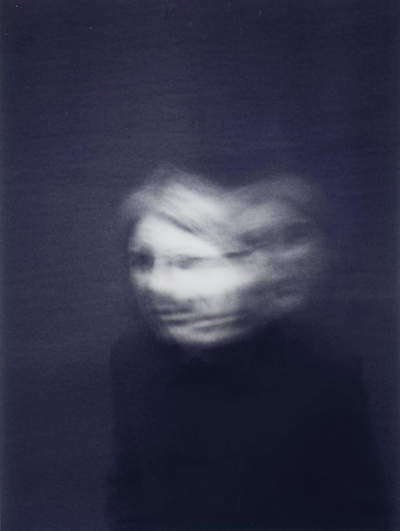 This Short Sweet Life, the debut album by Nottingham’s Torn Sail, is one of my favourite releases of 2017, but it’s been a long time coming – it took eight years to make!

Written and produced by singer-songwriter Huw Costin, it’s a haunting and gorgeous record –  melancholy, but also uplifting and spiritual – an intimate, late-night soundtrack for the lost and the lonely.

It’s an album that can you lose yourself in – a collection of six songs that form a cohesive piece of work. You need to listen to this album from start to finish in one sitting and immerse yourself in its other-worldly beauty.

On Leave This World Behind, Treasure and Gains on gains, Huw Costin conjures up the ghost of Jeff Buckley, while opener Birds is a stunning, stripped-down, folk-country song which builds into a soulful, pedal steel-driven epic – complete with Hammond organ and gospel-tinged vocals.

Lanegan described This Short Sweet Life as ‘a masterpiece’ – and you can’t argue with him. He lends his backing vocals to Ricochets – a moody, organ-soaked song in the vein of Tindersticks, Nick Cave or, indeed, his own dark, bluesy barroom ballads.

Huw Costin: Complicated, hard work at times and rewarding. It’s a great relief to finally get this first album out.

This Short Sweet Life is one of my albums of the year. How do you feel about that?

HC: Good. I get so close to my work that I can easily lose a broader perspective, so it’s a nice feeling when someone else is receptive. It can be a lonely game.

The album came out in December, but you released the opening track, Birds, in 2011! No one can accuse you of rushing your debut album can they?

Why did it take so long to get the record out?

HC: Well, I released another album in 2013 – Something/Nothing – under my own name, which took a bit of time. And I like to try things out – different overdubs, instrumentation and harmonies… A lot of stuff gets recorded, and then changed, then deleted again – it all takes time. A lot of the time there are more questions than answers – a lot of blind alleys.

I also spent a year or so approaching labels and chasing answers. In the end I did it myself. It took a lot of research, and a lot of time. I have a family, have to pay the bills, get the car fixed, so you know, I have to be patient.

I was introduced to Torn Sail by our mutual friend – Matt Hill [singer-songwriter Quiet Loner]. You both come from Nottinghamshire, don’t you? How did you get to know Matt?

HC: I think it was through my friend Emma, who puts on music nights in Retford. Perhaps we played the same night? Eventually he came and played a night I set up in Nottingham. He was brilliant on so many levels. It was one of the best nights I’ve put on, thanks to Matt.

I‘m a huge fan of Mark Lanegan – he features on the track Ricochets, along with E.R. Thorpe, on additional vocals. How did you come to work with Mark? Are you a fan?

HC: Yes, but really only after I got to know him a little bit. The initial incarnation of Torn Sail was a band called The Cold Light Of Day, which Richard Warren set up to be the Soulsavers, featuring Mark Lanegan. The idea was that we’d support with our own material, and then play the Soulsavers stuff with Mark and a few other musicians. That never happened, but we did spend a week rehearsing with Mark for the All Tomorrow’s Parties bash at Butlins in Minehead.

Can you explain the background to Torn Sail? How did it come about?

HC: As The Cold Light Of Day we recorded several tracks and played a bunch of gigs. It was a great band – we recorded some of my songs and some of Richard’s. We got a deal with TV Records, but Richard quit the band and did the record solo instead – and then went off on tour with Soulsavers. I was stunned at the time really, as we’d worked really hard, and Richard is really good at selling a dream…but you know, I get it now. He had to follow his mojo, and all the clues are in the lyrics he and I were singing at that time.

Anyway, the band and I decided to carry on, spent a few weekends laying down some recordings and, eight years later, here we are…

‘I can trace the roots of this album back to sitting on the stairs, strumming an E minor chord, when I was about 14, and a light melancholy that’s been with me on and off since then’

The album is a beautiful and haunting record. What was the starting point for it? Despite being made over a number of years, it feels like a cohesive record – a mood piece. What were you setting out to achieve with the album? Did you have a definite idea of what you wanted it to sound like? How did it all come together?

HC: Thank you. I can trace the roots back to sitting on the stairs, strumming an E minor chord, when I was about 14, and a light melancholy that’s been with me on and off since then.

There were six or seven tracks that didn’t make the record – faster, busier tracks. They jolted a little in the mix and it was important to me that this record could be sunk into – that there was a grace to the movement and that the album could be enjoyed as simply as a good song – no matter how dark the colours, or sad the melody.

Something/Nothing was, in a way, a series of tangents, so, in part, This Short Sweet Life is a coming back together – the same musicians are playing all the songs and are at the core of the record, so even if their parts might be mixed really quietly on a track, or even removed, their essence is there, or the space left instead of their parts is significant in itself.

‘I spent some formative years living in villages out in Rutland, just me and my guitar and a breathtakingly beautiful landscape, but it was cold and, ultimately, lonely’

Nature is a recurring lyrical theme on the album. Are you an outdoors type?

HC: When I have time, yes – it’s the antithesis of my studio recording process really – locked in a little room in an old terrace on an industrial estate in the city. I spent some formative years living in villages out in Rutland, just me and my guitar and a breathtakingly beautiful landscape, but it was cold and, ultimately, lonely.

Musically and vocally, the album reminds me of Jeff Buckley at times. How do you feel about the comparison?

HC: I’ll take it as a great compliment, but, to be honest, I haven’t listened to Jeff for a long time. There was a time when he, and Nick Drake, were the only people I listened to. Their music takes me back to a place I’m not ready to revisit yet, but I’m sure you can hear their influence. 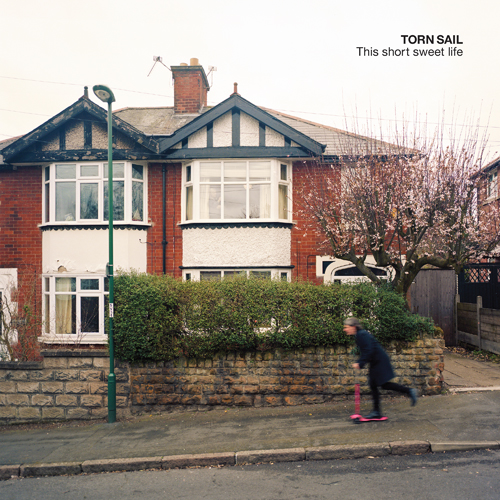 What have been your favourite records of 2017? What music – new and old – are you currently enjoying?

HC: Three of my favourite records this year are The Cut by Tenebrous Liar – all their albums are stunning, but I think this is their best –  Broken Flowers by Nev Cottee is gorgeous, and E.R. Thorpe’s Lion EP is spellbinding.

Otherwise, this year I’ve been rediscovering Jefferson Airplane, have really got into John Martyn – too late – and Thomas Dolby, especially The Flat Earth.

Also Hats by The Blue Nile. Simon Fisher Turner’s soundtrack for the film The Epic of Everest has been a calming soundtrack while I’m trying to get the kids out to school, and Dethroned by Jesu – late at night.

Mark Lanegan played a stunning set in Oxford recently, David Thomas Broughton was really clever, funny and moving at the Maze in Nottingham, and Sleaford Mods were invincible at Rock City.

‘There was a time when Jeff Buckley and Nick Drake, were the only people I listened to. Their music takes me back to a place I’m not ready to revisit yet’

Finally, what are your plans for 2018 and when can we expect another Torn Sail record?

HC: I’ve a few gigs coming up and I’m always on the lookout for more. I’m not sure yet if I’ll be doing them solo or with the band. All being well, Nu Northern Soul will be releasing a 7in of Disconnected from the Huw Costin/Torn Sail 2 EP released earlier this year.

I’ve collaborated on a track called Love Not Sex, which will be out on a 10in, on Paper Recordings, I think. There are a few mixes of Treasure from the Torn Sail album coming out on Tummy Touch and Best Works,

This Short Sweet Life by Torn Sail is out now on Cwm Saerbren Records.