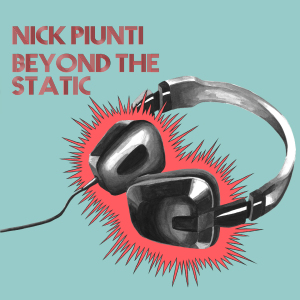 Here at Say It With Garage Flowers we’re massive power pop fans and we always get excited when we get to hear new releases by UK-based label Sugarbush Records, which specialises in rare and limited edition vinyl, including power pop, psych and cool ‘60s stuff.

Over the last few weeks, Sugarbush has really been spoiling us, so we thought we’d do a quick roundup of some of its latest records.

Detroit singer-songwriter Nick Piunti’s superb 2015 album, Beyond The Static, has been issued on vinyl for the first time – it’s limited to only 250 copies on blue vinyl.

We interviewed Nick when the record was first released last year and you can read all about the making of it here.

Beyond The Static was the follow-up to Nick’s critically acclaimed album 13 In My Head, which we described as ‘an instant power pop classic’.

Fans of 13 In My Head will definitely love Beyond The Static. As we said when it first came out, it’s more of the same – infectious power pop songs with big guitars, harmonies and strong melodies.

There’s also a country influence on the song Six Bands and some vintage New Wave synth on Heart Stops Beating. Nick’s been compared to singer-songwriters such as Matthew Sweet, Tom Petty and Paul Westerberg.

Don’t forget to check out Nick’s latest album, Trust Your Instincts, which is currently available on CD. We’re hoping for a vinyl release of it on Sugarbush sometime soon… 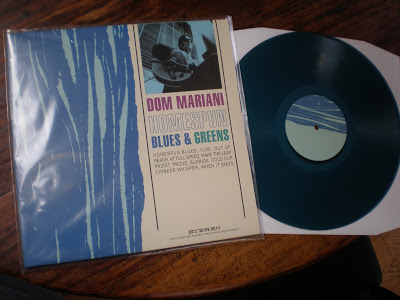 If you like Nick Piunti, you’ll also dig Dom Mariani’s Homespun Blues & Greens. Out on Sugarbush, this ‘lost’ album by the former frontman of Australian garage rock band The Stems is released on vinyl for the first time.

Limited to 300 ‘deep blue’ copies worldwide, it was recorded over a two-year period in the early noughties, but slipped under the radar when it came out in 2004.

The title track has a brilliant soulful brass arrangement, gorgeous ballad Prove has cool ’60s-style backing vocals and tinges of country rock, thanks to its Faces-style guitar licks, while space-themed Yuri is, er, out of this world, and Bus Ride is power pop perfection. 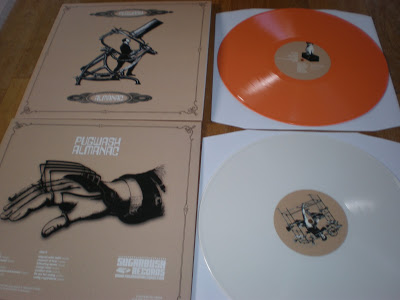 Finally this month, Sugarbush has another vinyl first – Irish band Pugwash’s second album, Almanac. Originally released in 2002, it’s now available on orange or white vinyl – there are 250 copies of each.

Pugwash’s main man, Thomas Walsh, is clearly a man who’s in love with vintage pop music – even  Almanac’s title is a nod to The Kinks.

For the most part, Walsh channels mid-to late ’60s Beatles and ELO – Everything We Need sounds like George Harrison meets Jeff Lynne, while the lovely acoustic ballad Sunrise Sunset could’ve come off  The White Album.

Keep Movin’ On reminds us of The Hollies and Apples sounds like English eccentrics XTC – it’s no surprise that, in 2002, XTC’s Andy Partridge said it was the most exciting track he’d heard all year.

Almanac is a Fab album and Pugwash are plundering pop pirates. Ahoy there, me hearties…

For more information on all of these albums – and to order them –  please visit http://www.sugarbushrecords.com/