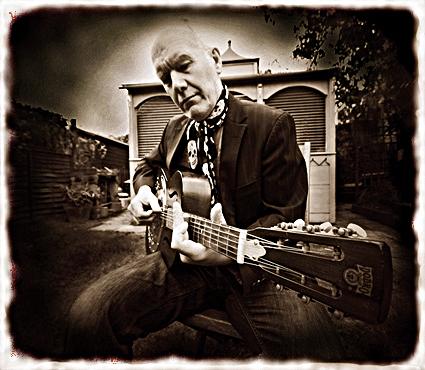 You started your acoustic folk and blues night, The Breathing Room, in Tooting, South London, three years ago. How did it come about?

Gabriel Mesh: It’s all about bringing music to the people of South London. There exists this ‘Golden Triangle’ of North London – Camden, Islington – it all seemed to be happening up there… I’d always fancied running a place. I’d been playing open mic nights, writing and trying out material and I’d been getting a good response and networking and making friends – it seemed like a good idea.

I stumbled on this place called The Antelope – it’s run by a company called Antic, who take over ailing pubs and reinvent them.

The Breathing Room is a family affair – it’s run by me and my daughter, Ellen, primarily, but my son does some of the mixing and my wife helps out, too. I came up with the name – it’s a place where you can leave your cynicism at the door and breathe in the good vibes of authentic music.

People are now talking reverentially about The Breathing Room – we have such a great sound and we always choose who we think are the best and most worthy players. We specialise in contemporary and traditional acoustic folk and blues, but now and then we push the boundaries.

It’s my residency – I open the show and my daughter is the MC. We’ve had some great, unforgettable evenings of fantastic music. Chaz Thorogood played – he’s making waves and he was at Glastonbury this year and the year before.

It’s reached a stage where people really want to play The Breathing Room – it’s once a month and we only have three acts on. We’re looking at branching out to other venues – I would like to run a blues club. I’ve got my eye on a venue in Balham, which I want to kick off with in the autumn. It would be the Balham Blues Club.

That would be the BBC…

And this month, you’re staging the first ever Tooting Folk and Blues Festival…

GM: There’s nothing else like it in the area – Clapham is up the road, but it’s become this rarified scene with lots of high-flying sponsors…

We’ve got one stage and all the music is outdoors. There will also be food vendors there and Antic, who run The Antelope, are doing the beer tent.

We approached Wandsworth Council [for funding] and they were very encouraging to begin with – we realised there was money available for community-spirited events – and we put in an application, after jumping through hoops of fires. We waited until the end of June and we got through the first round of talks – but, after the second round, they said ‘sorry’… We weren’t asking for much money. I think it’s a bad decision, but I’m hoping to exercise a little bit of sangfroid next year and show them what we did this year off our own back and ask them for some help.

We’ve got Wizz Jones playing – he’s the elder statesmen of folk and blues and was there when it all started in Soho, in London, in the late ‘50s. He was rubbing shoulders with Paul Simon and Bob Dylan. Bruce Springsteen has covered one of his songs.

How did you get into folk and blues?

GM: When I was at school, I had a maths teacher called Harry who used to come into class with a guitar and play songs by Big Bill Broonzy. I learnt to play – Harry had a huge vinyl collection of blues. It was a journey of exploration. From there, I used to listen to folk and blues icons from the ‘70s – like John Martyn.

Your musical style reminds me of John Martyn at times… Is he a big influence?

GM: Indeed. I also used to listen to Joni Mitchell and then I discovered Ry Cooder – there’s so much… 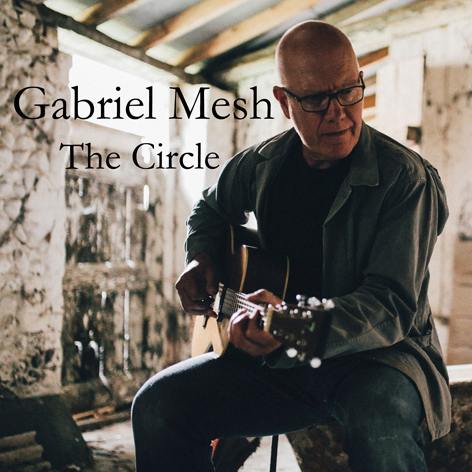 Your debut album, The Circle, is coming out this month…

GM: I’m hoping that I will have copies to sell at the festival – it’s been a long, overdue project. It’s been very difficult – I’m not sure whether I enjoyed the recording process, as I’m too much of a perfectionist. But part of me was thinking, ‘for God’s sake – just do it and get it out’.

I ended up recording it live – directly to analogue tape – in Soup Studio in Limehouse, East London. There’s a lovely guy I met there called Sam Beer, who’s a guitarist in his own right.

I see this album as a bit of an experiment – I don’t know how people will react to it. Most of the time I get a positive reaction – people are interested in my music and fascinated by my guitar style.

I’m not what you’d call a prolific writer – I have to force the songs out… A great song doesn’t have to contain lots of fancy words. There’s a slide guitarist I really like called Bob Brozman. When he talked about the blues, he said that you didn’t need to write it down – you just had to sing it. It’s all about singing the blues… 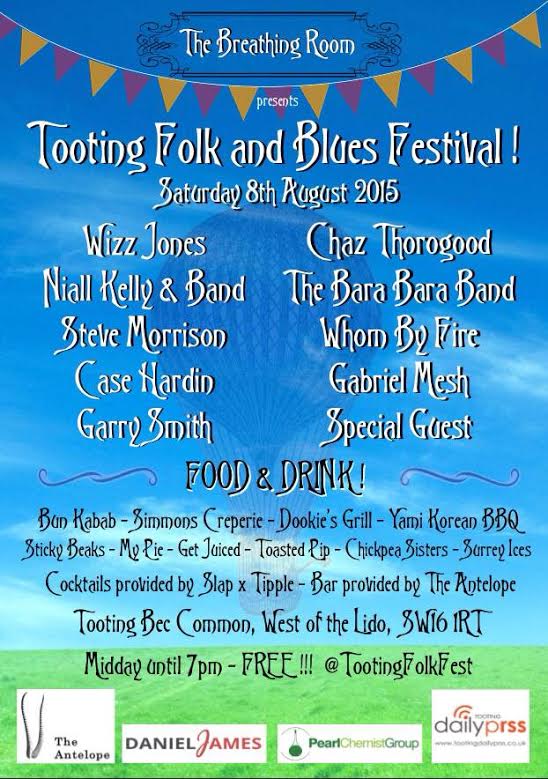 Its third birthday party will be on September 20, featuring music from US duo Lost Hollow and Gabriel Mesh.