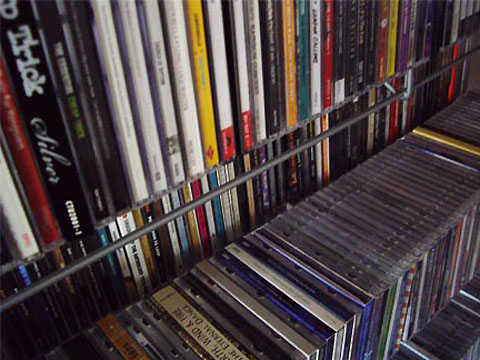 Yes, it’s that time of year when us journo types all decide to compile lists of our favourite albums of the past year.
I know what you’re thinking – he should really make more of an effort and write a list of his favourite records of the decade, but I really haven’t got that much time on my hands – sorry.
Some of you will already have read the in-depth articles I’ve posted on a few of the albums that I fell in love with in 2009 – namely Richard Hawley: Truelove’s Gutter (my favourite album of the year), Soulsavers: Broken, Pet Shop Boys: Yes, Morrissey: Years of Refusal & Orphans and Vandals: I Am Alive and You Are Dead (my favourite debut album of the year).
There are, however, plenty of other releases that I adored this year, so, here, in no particular order, are a few of my favourites:
Wilco – Wilco (the album) : ‘Alt.country experimentalists add a welcome shot of sunshine Beatlesque pop to the mix’.
Dot Allison – Room 7 1/2:  ‘Scottish chanteuse teams up with Paul Weller and Pete Doherty for battered guitar pop tunes, plus country, soul and a Scott Walker cover – what’s not to like.’
Camera Obscura – My Maudlin Career: ‘Spectoresque pop perfection – as warm as saxophones and honey in the sun’.
Raveonettes – In and Out of Control: ‘Danish garage-rock duo on fine form – fuzzy, addictive, sugar-sweet,yet deliciously dark. Boys Who Rape (Should All Be Destroyed) anyone?’
Postmarks – Memoirs At The End Of The World: ‘Florida band who mix the sound of the Beachboys with John Barry for a swish, cinematic ’60s sound’.
Girls – Album: ‘Scuzzy, lo-fi Teenage Fanclub-meet-Jesus-and-Mary-Chain’indie guitar thrills from San Francisco. Hellhole Ratface was prom night pop of the highest order’.
Dave Rawlings Machine – A Friend of A Friend:  ‘Debut solo album from the Nashville guitarist has echoes of Dylan, a bluegrass cover of a Ryan Adams tune and the mighty, slow burning ballad Method Acting, which segues into a version of Neil Young’s Cortez The Killer. One for the dads.’
Shirley Bassey – The Performance: ‘Dame Shirl’s big comeback album – with a little help from some contemporary songwriters.  Don Black and David Arnold’s No Good About Goodbyes was the best Bond song that never was, the Manics’ Girl From Tiger Bay was epic stadium pop-rock, Richard Hawley’s After The Rain tugged at the heartstrings and the Pet Shop Boys’ grandiose The Performance of My Life was Shirl’s very own My Way’.
Shirley Lee – Shirley Lee: ‘Debut album from front man of cult London indie types Spearmint – soppy loser guitar pop never sounded better. Has plenty of songs about girls and also name checks The Lemonheads, banoffee pie and Brighton beach.’
And finally…… a nod to two of my mates – Louis Eliot and Alex Lowe, who both releasednew albums in 2009.
Louis Eliot & The Embers – ‘Kittow’s Moor’: ‘Officially released in Feb 2010, although available at gigs during 2009, the former Rialto mainman combines the thrill of the fair with Celtic folk influences. Loaded with rural imagery and poetic lyrics, the songs deal with love, loss, childhood memories and,er, drinking to excess. Mike Scott meets Morrissey. My favourite song on the album is just simply one of the best things Louis has ever written. Opener Runaway Night manages to capture some of Rialto’s tawdry, nocturnal melancholy and romantic longing (‘To the broken tune of an ice cream van, I wrote a song for you on the back of my hand. If you follow me, we can jump the lights, of a seaside town on a Saturday night. And when you hold me tight, it feels just like when you close your eyes on a motorbike.”) Wonderful stuff.’
Alex Lowe – ‘Hoboken Girl’: “Alex Lowe’s fourth solo album, Hoboken Girl, saw him turning his back on the raw, rootsy Americana sound of 2006’s Step Forward All False Prophets and, instead, embracing classic pop influences.This time around, the former front-man of ‘90s indie-rockers Hurricane#1 wore his heart on his sleeve, rather than dragging it through a dusty desert town. Incredibly, Hoboken Girl was written in four days and recorded in only three. Largely acoustic, but complemented by co-producer Steve Ransome’s rippling keyboards and warm Hammond organ, it is Lowe’s most soulful record yet – simple, timeless melodies with lush, spacious arrangements.’