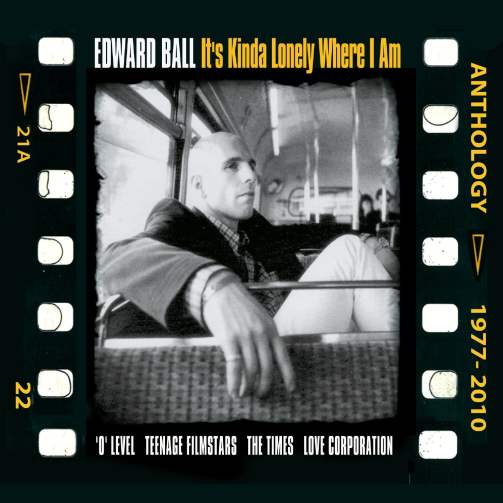 The 61-track collection, which is called It’s Kinda Lonely Where I Am – Anthology 1977-2010, spans his entire career, from the teenage DIY punk and power pop of ‘O’Level and Teenage Filmstars through the indie-mod of The Times, to Ball’s Britpop years on Alan McGee’s Creation label, where he recorded with Ride’s Andy Bell, Nick Heyward (Haircut 100), Swedish female singer-songwriter, Idha, and members of The Boo Radleys.

Also included are tracks from his dance and world music-influenced project Love Corporation, whose tunes were remixed by Andy Weatherall, Danny Rampling and Monkey Mafia.

There are plenty of highlights, like The Times’ quirky and infectious 1981 debut single, Red With Purple Flashes – Ball says it was their attempt to write the “saddest, most melancholic, contemplative mod pop record ever” – the sad-eyed, European-flavoured, Tears On A Rainy Sunday, which sounds like The Style Council doing Kraftwerk, and their 1982 fan favourite, I Helped Patrick McGoohan Escape, inspired by cult TV series The Prisoner, and featuring some great, groovy ’60s-style organ and soul guitar.

Then there’s the irresistible and upbeat folky-pop of 1996 solo near-hit, The Mill Hill Self Hate Club, the pastoral Nick Drake-isms of the compilation’s title track, It’s Kinda Lonely Where I Am, the bold and brassy Trailblaze, the Motown-inspired gem, Controversial Girlfriend, and the introspective and rootsy ballad Docklands Blues, written with Tim Buckley’s The River as a starting point, according to Ball.

There’s also a previously unreleased track included, Song To The Lighthouse, which is an outtake from Ball’s soundtrack to the 2010 Carol Morley film The Edge, starring Maxine Peake. It’s short and sweet – a stripped-down, acoustic folk tune.

Moving away from the trad singer-songwriter material, there’s the epic full 10:35 version of Love Corporation’s Give Me Some Love, with production by Andy Weatherall from 1991.

Listening to many of these songs, you can’t help but think that they should’ve been massive hits, rather than simply condemned to obscurity. It’s great that Cherry Red has pulled all of these tracks together, and presented them in an attractive triple-CD package – here’s hoping a new audience will stumble across this eclectic, colourful and inventive collection of songs by an unsung indie hero.

Ball has approved the box set and contributed some insightful sleeve notes in collaboration with MOJO and Record Collector writer, Lois Wilson.

‘Here’s hoping a new audience will stumble across this eclectic, colourful and inventive collection of songs by an unsung indie hero’

To celebrate the release of the anthology, I revisited an interview I did with Ball back in the autumn of 1996, ahead of a gig supporting The Lightning Seeds at Portsmouth Guildhall. His new album, Catholic Guilt, was due out the following year, on Creation.

The original version of this article was published in South Coast listings magazine, Splash! in October 1996.

“Don’t tell me you’re a Liverpool fan,” says Edward Ball. On the day that I’m interviewing the 36-year-old, bald tunesmith, he’s still reeling from his favourite football team Chelsea’s recent 5-1 defeat at the hands of Liverpool.

“It’s part of being a Chelsea fan,” he says. “There was I thinking that this was the season things were going to change because of our star cast and then we get whacked by Liverpool…”

Anyone who’s suffering from the blues, for whatever reason, should give Ball’s last two singles, The Mill Hill Self Hate Club and Trailblaze, a listen. Despite their self-loathing lyrics, they are both killer pop tunes, described by Ball as “broad and brassy”.

The former has a great, wailing harmonica riff and horns, while the latter is based around a big, bold brass arrangement. Sadly, both missed out on entering the Top 40 – The Mill Hill Self Hate Club stalled at number 57, while Trailblaze fared worse, managing a chart position of 98.

‘The Beatles are like your first girlfriend. Every time you put them on, they make you feel happy’

He may not have hit the big time yet, but Ball owes a debt to classic, quality songwriting by the likes of The Beatles and The Beach Boys. “The Beatles are like your first girlfriend,” he says. “Every time you put them on, they make you feel happy. They have great healing powers.”

Underneath Ball’s shiny pop veneer lurks a sad tale – a large amount of his songs have been inspired by one major breakup.

“They all stem from one particular relationship,” he says. “We all go through many different relationships, but I think we’re all answerable to one that grabs us by the throat. It was that one which I wrote nearly 50 songs about.”

So, does he have immense problems with relationships?

“I probably have no more problems than anyone else does. We’re all on the starting blocks and trying to make it to the other side with someone – it’s just that I look into relationships more. I don’t know what I expect from them,” he says.

‘We all go through many different relationships, but I think we’re all answerable to one that grabs us by the throat. It was that one which I wrote nearly 50 songs about’

Ball, who was born in 1959,  has been involved in music since 1977 and he’s recorded with ‘O’ Level, The Television Personalities, Teenage Filmstars, The Times and dance act Love Corporation.

Currently he’s settled into a singer-songwriter role, drawing on his own personal experiences. “It’s a lot easier now,” he says. “I spent so much time writing about stuff and getting into everything from food to drugs. You can do all this experimenting and messing about, but then you find the real self,  you write about it and everyone says, “Oh, I know what you mean.” 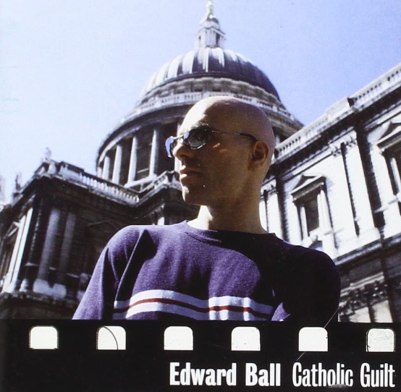 He composes a lot of his songs when he’s on the move. “Most of them are written in hotel rooms,” he says. “That’s where all the best songs come from – when you’re by yourself and in unfamiliar surroundings. It helps the cathartic side and brings out what needs to come out.”

“I’m still writing one now,” he says. “I’ve got one in my head that I’m turning around and trying to make sense of. It’s called Controversial Girlfriend. I’ve got a guitar and an amp set up in my kitchen and I’ve been hammering away on it for the last couple of days.”

One of his recent inspirations was a train journey from Manchester to London. “I couldn’t believe it,” he says. “It was bloody early in the morning – about six o’clock. I set out from Manchester to London for an interview and when we came into Macclesfield the sun was coming up and it was utterly beautiful – a special moment. It was gorgeous. When you think of Macclesfield, you don’t expect that –  you expect smog.”

‘The need to make records ends up being the worst addiction of all. It’s the one you don’t expect. They’re always the worst, aren’t they?’

After all these years, is he frustrated that he still hasn’t had a hit record? “No,” he says. “I’d be more frustrated if I couldn’t actually make music at all. The need to make records ends up being the worst addiction of all. It’s the one you don’t expect. They’re always the worst, aren’t they?”

He adds: “I’m not looking for acceptance. There are only two of three people’s opinions I care about.”

Perhaps he’ll finally break through into the mainstream with his next single, which is highly likely to be a tune called Love Is Blue.

He shrugs it off as “just one of those songs,”, adding: “Maybe it will be the next one that does it. But if it gets into the Top 40, we still won’t have world peace, will we?” 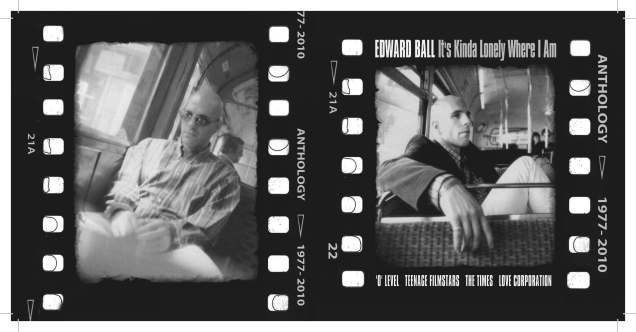 Edward Ball’s It’s Kinda Lonely Where I Am – Anthology 1977-2010 is out now on Cherry Red Records. You can order it here.