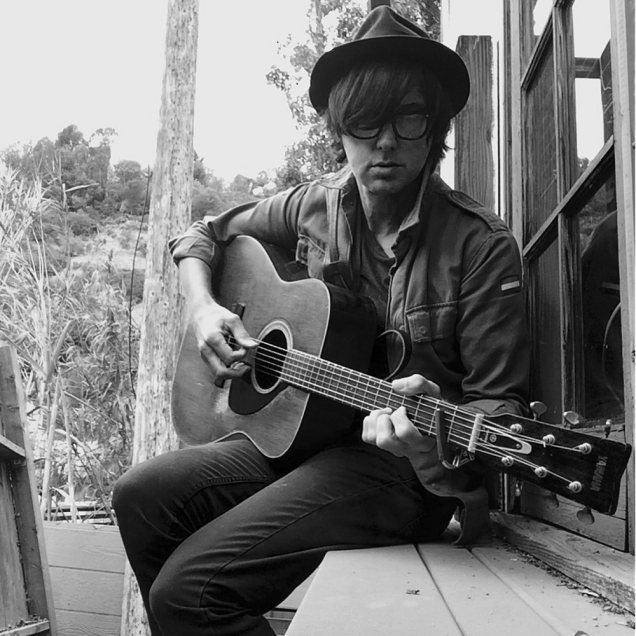 LA-based, Brit singer-songwriter Ian Webber, former frontman with The Tender Idols and The Idyllists, has just released one of Say It With Garage Flowers’ favourite albums of 2015.

Hi Ian. How the hell are you?

Ian Webber: Hello – from a sub-zero ski village somewhere in deepest Idaho, quite possibly right out of a ‘60s Bond movie, where the villains are plotting their world domination.

The snow has settled, and I’m as far away from the no-season surroundings of Los Angeles as can be, but in a rather good way.

Your new album – Year of the Horse – is now out there in the world. How does that feel?

IW: Yes, my new record Year of the Horse is finally here – in the year of the goat! I think I’m allowed to call it horse, since it was technically written during the year of the horse [2014]. Either way, I think the horses and goats would approve. I’m very happy to have further evidence of my existence shoved out into the world.

It’s a very melancholy, nostalgic and wistful album in places. How did you approach this record? Did you have a definite idea of what you wanted it to sound like?

IW: Melancholy and nostalgic would certainly be a good way to describe the overall theme of the record. I’d been living in Laurel Canyon [in LA] for six years before the inevitable, but welcome, influence of ‘60s Canyon music started to surround me. Not that I really wanted to – or aspired to – follow in those footsteps, but the songs all came out of me, like an exorcism one summer, during that sun-drenched year of the horse.

The opening track, An Unfinished Symphony, is one of my favourite songs on the record. It has a gorgeous, spiralling melody. Can you tell me more about it?

IW: An Unfinished Symphony was always going to be the pop song on the record.

I was used to writing band songs, with strumming chords, and I pictured this song in my head having a larger arrangement than just solo acoustic. That may have influenced the title, I suspect, with my grand dreams of an orchestra as willing participants.

The magic for me came when it was actually almost completely finished – when Danny Howes, who was playing electric guitar, came up with the entire melody line on the last day of tracking. The idea was to think Johnny Marr channelling Simon & Garfunkel, in some strange way.

I always love a song with no guitar solo – Girl Afraid by The Smiths is a prime example – and that’s the direction we headed in.

As for the words, I was living in a Chopin world that day, and images of libraries, grand pianos, large wooden desks and handwritten notes drifted through my head. 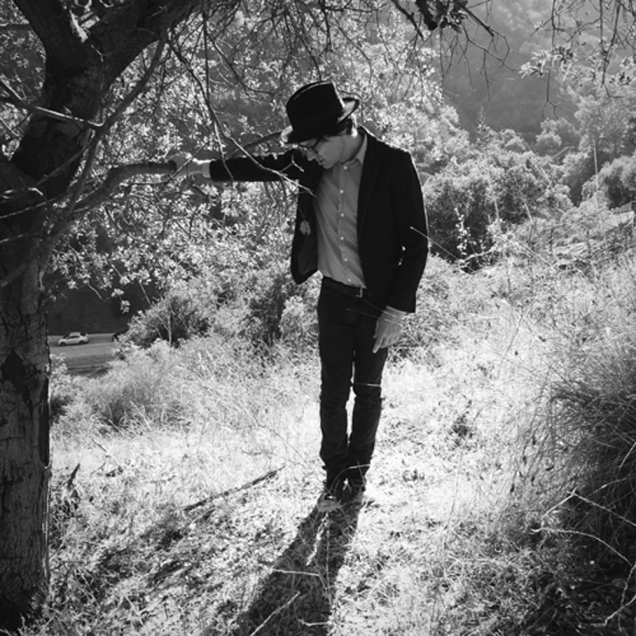 I think the song House On The Hill could be about your life in your home in Laurel Canyon. Is that right?

IW: House On The Hill was inspired in part by the Crosby, Stills & Nash song Our House and is also about the house where I live in Laurel Canyon. It’s where all of the record was written.

I’m lucky to live so close to Hollywood Boulevard – the grit and the grime and the Hollywood glamour is just a short stroll away, although nobody walks in LA…

In Laurel Canyon, I’m surrounded by nature, overgrown trees and trails and, at night-time, the sound of coyotes. Not having someone live underneath, beside, or on top of me, lent itself to the privacy of writing.

I’d say I had the majority of the songs written in bundles – two or three per day – not every day, but fairly quickly, over a period of a month and a half.

It’s odd, really, but it’s one of those things that stops you doing anything else in your regular life. When you’re on a mission, tunnel vision kind of takes over and suddenly you stop cleaning, you forget to go out for fresh air, you look up and morning has become night.

I had an idea that I wanted this album to be an acoustic record, and after a few songs were born, I typed them out – my way of making a composition final – and then transferred them to voice memos, so the melody ideas were intact.

The album has an almost jazzy, stripped-down feel at times. Is that your love of Chet Baker rearing its head?

IW: Ah, Chet Baker – my one true weakness. Yes, for sure he was on my turntable more often than not. I do have a love for a good, moody jazz-type song, and I would also include Robert Wyatt, early Everything But The Girl (Eden), Prefab Sprout (Swoon) Francoise Hardy and Sean Lennon’s first couple of records – jazz-infused loveliness.

How did you record this album? Where was it made and which musicians did you use?

IW: The record was demoed on voice memos – just voice and acoustic guitar at home in Laurel Canyon – and shared via dropbox to my former band The Tender Idols, who live in Atlanta, Georgia.

Danny Howes [guitarist] and myself worked out the rough arrangements, and shared track and ideas via Pro Tools/Logic software, leading up to a week of tracking at The Quarry, a fantastic large and airy studio, owned by Georgia band Third Day. TJ Elias, who was resplendent in his black cowboy boots and with a southern accent, recorded it…

The band that played on the record was Danny Howes, Guy Strauss on drums and percussion and anything else that would shake or rattle, Michael Lamond on upright bass, and Matthew Barge – from my LA band The Idyllists – on piano and organ.

I returned to the scene of the crime to mix in the same studio in Atlanta, and mastered it in Los Angeles, with my good friend Mark Chalecki.

Highwire Dancer is another of my favourite songs on the record – it’s beautiful. Can you tell me about that track?

IW: That’s a pretty personal song – a sort of autobiography of a singer, or in the case of the song, a dancer, who starts out living life to the full, only to have things stripped away, by no real fault of his own.

I would definitely say I had Idol, a song by Elton John about a ‘50s star in mind, and also I had just watched Wings of Desire by Wim Wenders, so that was the high wire connection. Together, I thought it made for an interesting narrative.

The song Years is also very personal – and nostalgic. It looks back at your childhood and reflects on your life and it has a lovely string arrangement. It reminds me of Nick Drake…

IW: Years is a life story – I always felt the need to write something like it, but I never did because I was too shy… At some point you have to say, well here’s what I did in this world, how it came to be, how I turned out and how I experience life.

I’m lucky to have the support of my family – I was always a traveller, a loner and a dreamer. If you have a creative side, which I feel most people do, you have to just throw it out there, and let it out. I applaud anyone who can make something of their life – in book form, lyrics, words, or art, painting and fashion. It’s an expression of oneself.

You mentioned Nick Drake, and he is up there with the greatest – so sad, yet personal and soul-baring. One day someone will unearth an old Super 8 film of him playing live. Please let it be so!

You’ve played with bands including The Idyllists and rockabilly outfit The Hopelessly Devoted. Are they on hiatus?

IW: So here I sit, a songwriter alone. Sometimes I miss the gang-like mentality of The Idyllists and my ‘50s rockabilly guys in The Hopelessly Devoted. I never like breakups. We all still get along like twin sisters, so I’d like to say that we are together apart, until the next time… 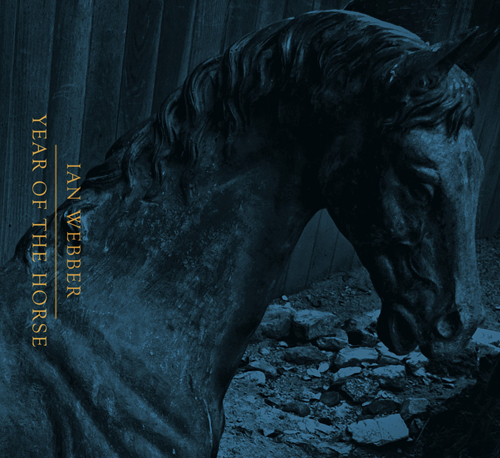 What are you plans for 2016? Can you play some gigs in the UK, please?

IW: Well, you know, come February, it’s the year of the monkey! To celebrate, in a mischievous way I’m getting ready to move once again.

I’m moving to Nashville – in February – in the heart of the winter. I’m going back to my southern American roots. I am from Devon in England, so that’s the south, right?

So, yes, I’m travelling again – trading Laurel Canyon for the land of Johnny Cash. I certainly would love to do a show in the UK – green card in hand, if you’ll let me back…

Finally, what music – new and old – are you currently listening to?

IW: I do have a few golden nuggets that I’m currently listening to. This goes out to Oscar Wilde who said: “Music makes one feel so romantic – at least it always gets on one’s nerves, which is the same thing nowadays.”

Kings of Convenience: Know How

Sean Lennon: On Again Off Again

Howling Wolf: My Troubles And Me

Billie Holiday : Willow Weep For Me

Year of the Horse – the second solo album by Ian Webber is out now.