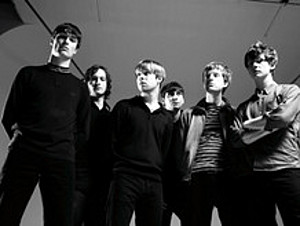 Dig out the kaftans, baby, those cosmic Scousers The Coral are back
with a killer new psychedelic single that sounds like it was written
by The Byrds in 1967.

Maybe 1000 Years has actually been around for,er, years, locked in a
vault and left to soak in super-strength acid, while Roger McGuinn and
co’s Younger Than Yesterday was played on constant repeat on the
stereo. It does sound quite like Renaissance Fair (see below).
Who knows? Who cares?

The new album by The Coral, which is called The Butterfly House, is
out on July 12. Here’s the great title track:

One thought on “The Coral go cosmic!”