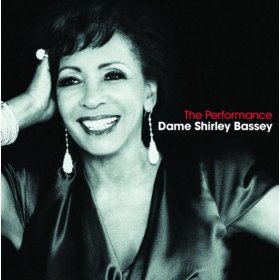 One of the gigs I wish I’d been at this week was Dame Shirley Bassey’s special Electric Proms show at The Roundhouse, but, alas, it wasn’t to be…..
Richard Hawley was the support, which would have made it a dream line-up for me.
Anyway, I’ve had to settle for second best and watch the highlights on the BBC iPlayer. Wow, what a show and it bodes well for Bassey’s forthcoming new album, The Performance, which is due out in early November.
On the record, Bassey has worked with several contemporary songwriters and acts, including Hawley, The Manic Street Preachers, Pet Shop Boys, Tom Baxter and current Bond soundtrack composer David Arnold.
Like Dusty Springfield, Eartha Kitt and Liza Minelli before her, Bassey is the latest diva to be thrust back into the spotlight by the help of younger musicians who’ve always had a soft spot for her. And the results are absolutely fabulous, darling.
Hawley, Baxter and James Dean Bradfield from The Manics guested at the Electric Proms show (with a huge orchestra), performing with Shirl on the songs they’d written for her. And she also indulged in some lighthearted flirting and teasing with them – adding to the theatricality of the whole thing.
The Hawley-penned After The Rain is beautiful – a sad breakup ballad – all piano, strings and Hawley’s twilight twangy guitar.
Bassey excelled herself on the Pet Shop Boys’ song The Performance of My Life – a huge orchestral showtune that could be her theme tune. And on a lighter note. there’s The Girl From Tiger Bay – melodic epic pop-rock from The Manics, with James doing his stadium guitar riffing.
You can see the song below – I love the moment when James rocks out on the solo and shimmies with our Shirl.
So showbiz……
name=”allowFullScreen” value=”true”></object>
You can hear snippets of the new Bassey album on Amazon: http://www.amazon.co.uk/Performance-Dame-Shirley-Bassey/dp/B002OL29OI/ref=sr_1_1?ie=UTF8&s=music&qid=1256501086&sr=8-1

One thought on “There is nothing like a Dame…..”