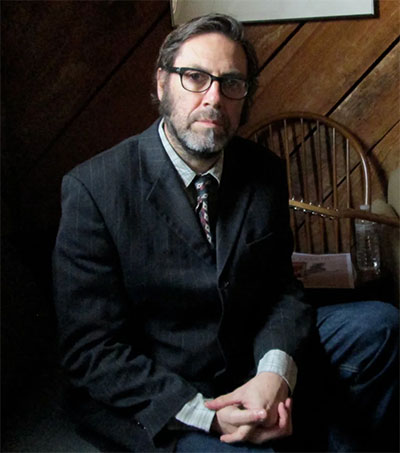 His new album, Nos Da Comrade, is one of my favourite records of the year so far and it’s also picked up rave reviews from publications including The Sun, The Mirror and Mojo.

Described by Peter as his most upbeat collection of songs ever, it opens with Mr Sunshine – a killer blast of Elvis Costello-like power-pop that’s an attack on Donald Trump: “an Agent Orange tan and a shiny suit.”

Could this be the album that takes Peter Bruntnell into the mainstream? I spoke to him to find out…

How are you?  The last time we saw each other, I bought you the last pint of Guinness in the venue when you played a solo show upstairs at The Railway in Winchester, at the SC4M festival in 2014. You’re playing there again this year, on September 11. It’s always a good gig, isn’t it?

Peter Bruntnell: I’m fine thanks, Sean. Thanks for the Guinness! Yes, the Winchester gig with Oliver Gray [promoter / organiser] is always a highlight of any tour, what with the cheese, wine and whisky post-show party…

Congratulations on the new album – it’s superb. Let’s talk about the first single and the opening track, Mr Sunshine, which I first saw you play with your band at the 2013 SC4M festival.

It’s an anti-Donald Trump song and it deals with the issue of him destroying a Scottish fishing community in order to build a luxury golf resort. Can you tell me how the song came about? When and how was it written?

PB: I had the descending riff and a general idea of the tune before [co-writer] Bill Ritchie and I came up with the lyrics. It had an ‘anti-somebody’ vibe about it and I had recently seen the documentary about Trump and the golf course, so it was an easy decision to make.

It reminds me of classic Elvis Costello/New Wave power-pop. Is that the sound you were going for?

PB: I’m really glad people think it’s like Elvis Costello. I had The Kinks in mind, but I suppose it’s a similar comparison. It was an attempt to move to a sound that is less Americana and more Sixties guitar pop.

One of my favourite songs on the album is Yuri Gagarin. It’s almost nine minutes long – an epic. It’s very moody and features lots of loud, dirty, Neil Young-style electric guitar. Is that you on lead guitar? It’s an awesome sound…

PB: Yes – that’s me on guitar. First take luck, I think. It was just myself, Mick Clews on drums and Peter Noone on bass in a village hall – our mock studio.

We played all the songs live, together in the room, with headphones on, and my amp screened off in a cupboard. We played it once, listened back and knew I would never play the guitar like that again, so that was it. The vocals were overdubbed later.

What’s the background to the song, which is named after the famous Russian cosmonaut?

PB: Again, with this, I had the guitar riff first and the lyrics just came – eventually. Bill came up with a lot of them for this song and once we were in space, I had to make it about Yuri. I remember hearing about it when I was a little boy. What an amazing thing – the first man in space.

The opening riff dictates the vibe immediately – it’s atmospheric and stoned I suppose, although we weren’t…

I used a Valvepower 18 watt cage amp, which was made in Surbiton by a friend of mine. They are amazing amps – all hand-wired. I built most of it myself, with his supervision.

How did you approach the making of Nos Da Comrade? Did you have a bunch of songs written before you went to record the album? What kind of record were you setting out to make?

PB: Yes, all the songs were written and routined with drums, bass and myself. I wanted a live feel for the album, so we just set up. I miked all the instruments and played through the songs – simple.

It was different from my albums Peter and the Murder of Crows and Black Mountain UFO – they were more studio-produced and took much longer to make. 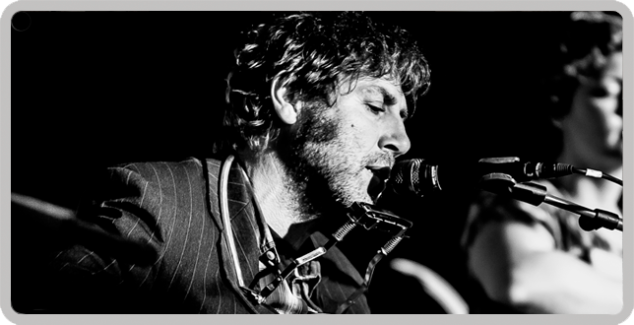 You recorded and mixed the new album at home. Why did you go down that route, rather than use a producer and a studio?

PB: We used the village hall for one week, to get all the drums, bass and some guitar down. Then I went into my basement studio to overdub vocals and more guitars and keyboards etc. I did that because I have my own studio, so it’s economical and I like producing.

You worked with guitarist James Walbourne (The Rails, The Pretenders, Son Volt, Pernice Brothers, The Pogues) on this album. He’s a regular collaborator, isn’t he?

PB: Yes. I used James and Dave Little on guitars. James came down for a few days and we went through the songs that I thought would suit him. He’s such a talent and a good friend – I had to use him. Similarly with Dave – I split the songs between the three of us, so I could have different flavours on different songs. Dave is a killer guitar player, too. I’m lucky to know them. 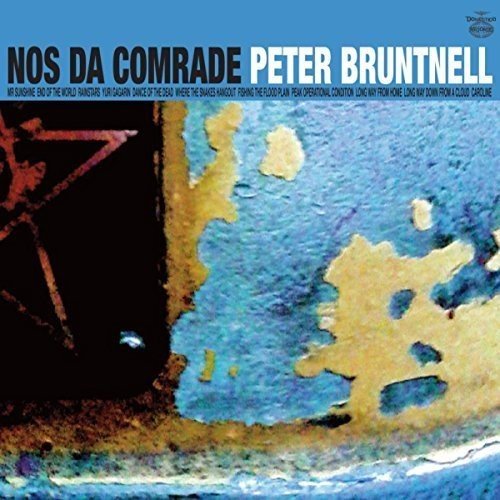 So, are you pleased with the album?

PB: I was really excited about the songs I had for this album. I have never had a batch of songs that are so upbeat before.

Once I was making the record, it got a bit intense – being so immersed in it and being down in the basement on my own for long periods. I think I may have lost perspective a few times, but now that time has passed, I can listen to the record with fresh ears and it sounds really good to me.

The record has had lots of great press and reviews, including Mojo, The Sun, The Mirror & The Guardian. The latter called you a ‘cult hero – an alt-country genius from Surrey’. How does it feel to be called a cult hero and a genius?

PB: I know one thing – Brian Wilson is a genius, but I am not. It’s good to have people write positive things though, that’s for sure.

What are your plans for the rest of the year?

We’re going to Ireland in early June for a few shows – Kilkenny being one of, if not the best, towns in the world. In September, we’re off to Sweden. I can’t wait to get back there – it’s really beautiful – and in October, we’ll be in Spain. I think the places one gets to visit when touring is what makes doing what we do such a blast.

After years of playing gigs and making records in the UK alt-country scene, do you feel that your new album could be the one that takes you to a wider audience? Would you like more mainstream success, or are you happy doing what you do?

PB: I would love to reach a wider audience, but with zero marketing budget and mainstream radio being what it is, I can’t honestly see it changing that much. I’m doing my best though – I’ve got a lot of positives to work on and, as a band, we are on a high at the moment.