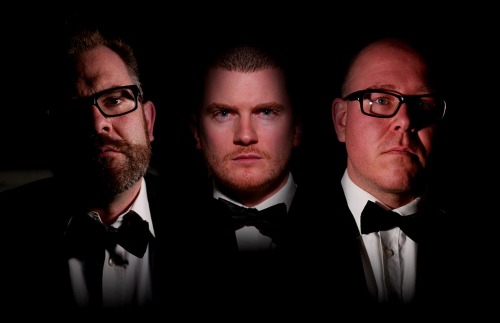 Over the last year, I have been working with two musical collaborators, Matt Hill and Will Dobson, on a top secret James Bond song project.
I can now finally reveal the song – The Property of A Lady – in its entirity.
To listen, please visit: http://www.thepropertyofalady.com/ – the official website for songwriting and musical production team Hannam, Dobson & Hill.
Underwhelmed by recent Bond songs recorded by American artists, we decided to pen our own ode to 007 – the aim being to compose a James Bond song that captured the flamboyant, melodramatic sound of the classic ’60s soundtracks, but with a modern, dark feel that suited Daniel Craig’s gritty portrayal of England’s greatest ever hero.
We felt that the most recent attempts at Bond songs by American rock acts simply didn’t have a licence to thrill – that they were trying too hard to be rugged, masculine and alternative and that they lacked style, sophistication and charm.
I think we’ve made the finest ‘Bond song’ in years, but what do you think?
You can read all about our mission on our website.
It’s the first phase in our plan for world domination – a campaign called Keeping The British End Up, that will hopefully end up with a British act writing and recording the official theme song for the next Bond film, which is due out next year.
We will return…….

One thought on “Premium Bond”